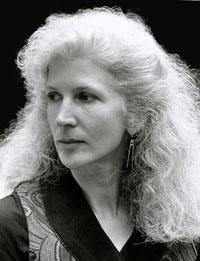 (b.1954)
Andrea Barrett was born in 1954 and grew up on Cape Cod. She studied at Union College in Schenectady, New York, where she received a BA in biology and briefly attended a PhD in zoology. She began writing seriously in her thirties and first found significant success with Ship Fever (1996) a collection of short stories that won the National Book Award. She received a MacArthur Fellowship in 2001. Her 2002 collection of short stories, Servants of the Map, was a finalist for the 2003 Pulitzer Prize for fiction.
Novels
Lucid Stars (1988)
Secret Harmonies (1989)
The Middle Kingdom (1991)
The Forms of Water (1993)
The Voyage of the Narwhal (1998)
The Air We Breathe (2007)

Anthologies edited
The Story Behind the Story (2004) (with Peter Turchi)

Desperate Characters (1970)
Paula Fox
"A perfect short novel…As in Tolstoy's The Death of Ivan Ilyich, everything crucial within our souls bared."

We Are All Completely Beside Ourselves (2013)
Karen Joy Fowler
"In this curious, wonderfully intelligent novel, Karen Joy Fowler brings to life a most unusual family."