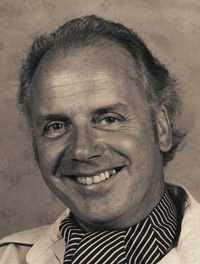 He started a career as a chartered accountant and went on to become amanagement Consultant. Then he went into the catering business, managingan inn in south Devon with his wife, Daphne for three years and a hotelin the West Indies for another three. He worked for Financial Servicesin the B.C. Forest Service for seventeen years before retiring .

He Passed away 4 November 2005. peacefully of Cancer (Mesothelioma). Hewas married with three children and lived on Vancouver Island.