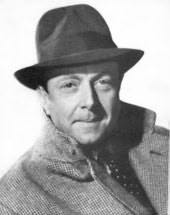 (Archibald Joseph Cronin)
Scotland (1896 - 1981)
Archibald Joseph Cronin was a Scottish novelist, dramatist, and non-fiction writer who was one of the most renowned storytellers of the twentieth century. He practised as a doctor over a decade before devoting himself entirely to writing. Cronin gained his fame initially with Hatter's Castle (1931), the story of the megalomanic James Brodie, a Scottish hatmaker and his foolish dreams of social acceptance. Cronin produced several bestsellers drawing from his experiences as a doctor - his most famous character was Dr Finlay Hyslop. Some of his works had religious themes, like The Keys of the Kingdom (1942), which was also made into a film, starring Gregory Peck. Cronin continued to write until he was in his eightieth year.