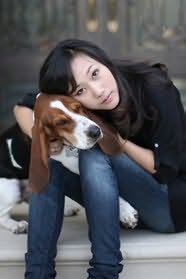 STEPH CHA is a graduate of Stanford University and Yale Law School. She lives in her native city of Los Angeles, California. Follow Her Home is her first novel.

The Convert's Song (2014)
(Valentine Pescatore, book 2)
Sebastian Rotella
"Riveting.... Skillfully layered.... The Convert's Song is just that rare thing, a rousing thriller with a fine weave. ... There's plenty of action, all of it fast-paced and gripping, but it's the relationship between the men that drives the story, giving it depth and urgency.... His background as a journalist proves useful in his fiction. He handles complex subjects with confidence and seeming ease."

Black Swan Rising (2018)
Lisa Brackmann
"Black Swan Rising is a terrifying novel that focuses on a political campaign plagued by gun violence and misogyny. It cuts deep in a way that is all too distressingly believable, but Brackmann's smart prose and winning female protagonists go a long way towards fighting the darkness."

Restoration Heights (2019)
Wil Medearis
"Restoration Heights is a smart social novel that uses the expectations and conventions of urban crime fiction to ask provocative questions about the misdeeds done and damage suffered in a community undergoing sudden gentrification. Medearis treads sensitive territory with self-awareness and nuance, all while telling a good story that moves."

Pretty as a Picture (2020)
Elizabeth Little
"Pretty as a Picture is an atmospheric thriller that sparkles with intelligence and irrepressible wit, anchored by the singular voice of Marissa Dahl, a mega-competent female film editor plagued by anxiety. Elizabeth Little has an impeccable ear for dialogue and a sharp eye for detail, and she's created a page-turner that is as well written as it is captivating. I enjoyed every scene and sentence of this glorious book."

Winter Counts (2020)
David Heska Wanbli Weiden
"David Heska Wanbli Weiden announces himself as a formidable new voice in crime fiction. The images haunt, the action crackles, and Virgil Wounded Horse makes a lasting impression as he knuckles his way through a heroin ring that threatens life as he knows it on his South Dakota reservation. WINTER COUNTS is a heartfelt page-turner with compelling characters, keen cultural insight, and a climax unlike any I've read before."

And Now She's Gone (2020)
Rachel Howzell Hall
"Heartfelt and gripping... I'm a perennial member of the Rachel Howzell Hall fan club, and her latest is a winning display of her wit and compassion and mastery of suspense."

Santa Monica (2020)
Cassidy Lucas
"Cassidy Lucas has created an engaging, satirical portrait of Santa Monica, where a vibrant cast faces a broad range of California problems—marriage and money troubles, poor body image for the haves, deportation for the have nots."