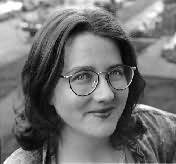 Anthologies containing stories by A M Dellamonica
The Best of Crank! (1998)

Weave a Circle Round (2017)
Kari Maaren
"In Weave a Circle Round, fourteen year old Freddy Duchamp is sent hurtling through human history, caught in time with a boy she barely knows and cannot trust. How can she find out who Josiah is, what he's hiding, and whether he poses a threat to her family? She can't even get back to the twenty-first century and her horribly boring high school English class! Kari Maaren's witty, cliche-skewering debut novel is a vivid picture of a blended family in turmoil, an intricate temporal puzzle box, and a grand adventure."

The Freeze-Frame Revolution (2018)
Peter Watts
"Peter Watts is a triple threat: exacting hard science extrapolation, an imagination that runs hot enough to give you contact burns, and a gift for thrusting his characters in situations that will expand the mind while shattering even the most guarded of reader hearts. In The Freeze-Frame Revolution, he puts a handful of fragile human beings into a mind-bending, explosive and utterly inhuman situation, and lights a ten-thousand year fuse. Unforgettable!"
Visitors to this page also looked at these authors
Ted Dekker
Barbara Delinsky
Rick Hautala
Eve Bunting
A J Austin
L A Graf
B A Chepaitis
Jim DeFelice
Stephen Coonts
L X Beckett
Jeffery Deaver
Myke Cole
Max Barry
Edward J Delaney
Marie Brennan
Charles de Lint