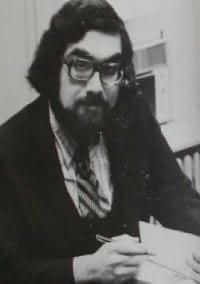 aka Philip DeGrave, Lee Davis Willoughby
William L. DeAndrea was an American mystery writer and columnist. He won three Edgar Awards from the Mystery Writers of America, the first for his first novel, Killed in the Ratings. The majority of his novels made up several series. The Matt Cobb mysteries drew on DeAndrea's experience working for a major American television network. The Niccolo Benedetti mysteries paid homage to great detectives such as Nero Wolfe. (DeAndrea was an active member of the Wolfe Pack when he lived in New York.) The Clifford Driscoll series ventured into the realm of the spy thriller, while the Lobo Blacke/Quinn Booker series of historical mysteries were set in the old West.

DeAndrea was born in New York and educated at Syracuse University. During the 1980s his job took him to Europe, first to Paris and then London. On his return to the USA he lived in Litchfield County, Connecticut.

DeAndrea was also the author of the J'Accuse! column in the Armchair Detective, a fanzine published by Mysterious Press. He won his third Edgar in 1994 for his reference work, Encyclopedia Mysteriosa. He was married to mystery writer Jane Haddam.