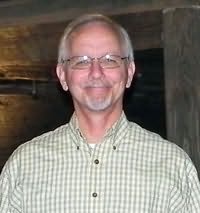 Wayne Grant grew up in a tiny cotton town in rural Louisiana where hunting, fishing and farming were a way of life. Between chopping cotton, dove hunting and Little League ball he developed a love of great adventure stories like Call It Courage and Kidnapped.

Like most southern boys of that era he saw the military as an honorable and adventurous career. Every living male member of his family had served in the Army covering World Wars I and II, Korea and Vietnam, so it was a natural step for him to attend and graduate from West Point. He just missed Vietnam, but found that life as a 2nd LT in an army broken by that war was not what he wanted. After tours in Germany and Korea, he returned to Louisiana and civilian life where he began a 10 year career in government including four years as a senior official in the Pentagon during the Reagan administration. During those years he saw the Army reborn from its post-Vietnam nadir to the outstanding force it became and remains today.