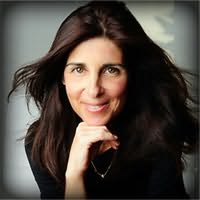 Anita Hughes was born in Sydney, Australia and had a charmed childhood that included petting koala bears, riding the waves on Bondi Beach, and putting an occasional shrimp on the barbie. Her writing career began at the age of eight, when she won a national writing contest in THE AUSTRALIAN newspaper, and was named "One of Australia's Next Best Writers." (She still has the newspaper clipping.)


She lives in Dana Point, CA with her family, where she interrupts her writing to watch the glorious sunsets.

Evergreen Tidings from the Baumgartners (2018)
Gretchen Anthony
"Gretchen Anthony's debut is a non-stop delight of a novel peopled with characters that are sure to entertain. Violet Baumgartner and her hilarious family are part of a different world--one that once I entered, I didn't want to leave. A literary joy from beginning to end!"

The Girl He Used to Know (2019)
Tracey Garvis-Graves
"Tracey Garvis-Graves has written a beautiful novel that goes far beyond the classic boy meets girl. Annika is a unique character who will stay with you long after the last page and the ending will have you cheering and reaching for a box of tissues at the same time. A true love story for the ages."

In an Instant (2020)
Suzanne Redfearn
"Told in gripping prose, In an Instant is both an addictive, suspenseful read and a thoughtful exploration of what each of us would do in a time of intense trauma. Redfearn’s characters are so real and the plot so mesmerizing I couldn’t think about anything else. A must for book clubs!"
Visitors to this page also looked at these authors
Elin Hilderbrand
Nancy Thayer
Mary Alice Monroe
Sarah Morgan
Patti Callahan Henry
Susan Wiggs
Susan Mallery
Danielle Steel
Mary Kay Andrews
Jamie Brenner
Kristy Woodson Harvey
Viola Shipman
Robyn Carr
Nora Roberts
Jodi Picoult
Fern Michaels