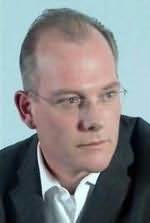 (b.1968)
Matthew Dunn spent five years in the British Secret Intelligence Service (commonly known as MI6) as a field operative dealing with highly sensitive issues deemed to be of strategic importance to the United Kingdom and its allies. His role required him to travel extensively, often to hostile operating environments. He left MI6 in 2001 to work as a Director in the City of London before being transferred to Dubai to establish consultancy practices in the Middle East. Latterly, at age 38, he became Chief Executive of an international firm and in doing so was one of the youngest expatriate CEOs in the Middle Eastern region at that time. He has now returned to England, lives with his two young children and is a full-time writer.