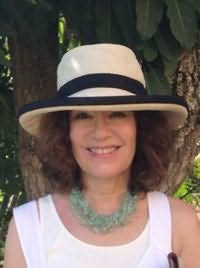 Sally Koslow is the author of THE WIDOW WALTZ, her recently released fourth novel, which Library Journal recently called "page-turning" and "well-written," and SLOUCHING TOWARD ADULTHOOD: How To Let Go So Your Kids Can Grow Up, now available in paperback, which has been optioned by NBC for sitcom development.
Sally often writes essays and articles for magazine including More, O, the Oprah Magazine; Real Simple; Ladies Home Journal; Good Housekeeping and Reader's Digest as well as websites including the Huffington Post, Next, and Grandpaents.com. She teaches creative writing at Sarah Lawrence College's Writing Institute, helps to facilitate writing pitch conferences with New York Writers Workshop and works independently to help aspiring writers polish their manuscripts and book proposals.

The English Wife (2018)
Lauren Willig
"The English Wife brings to life old world New York City and London with all the splendor of two of my favorite novels, The Age of Innocence and The Crimson Petal and the White. Mystery, murder, mistaken identity, romance--Lauren Willig weaves each strand into a page-turning tapestry."

The Light After the War (2020)
Anita Abriel
"Inspired by her own mother’s remarkable life, Anita Abriel takes readers to four continents as she celebrates the power of hope, optimism and female friendship in The Light After the War. If you are a reader who believes in embracing life and love—even after unspeakable loss—you will treasure this book."

The Lost Diary of M (2020)
Paul Wolfe
"In this novel that is part love story, part thriller and 100% page turner, Paul Wolfe takes you inside the sexual playgrounds of Cold War Washington, where spooks, secrets and LSD lurk behind every corner..."

The Wright Sister (2020)
Patty Dann
"No longer hidden by history, the wind beneath Wilbur and Orville’s wings--their brainy sibling Katharine—soars in The Wright Sister. Patty Dann’s cunning epistolary page-turner chronicles a woman taking flight past fifty while it reflects on sexual awakening, early feminism, and the unbreakable bonds of filial love. Immensely readable!"