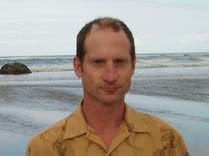 Jim Lynch has won national journalism awards and published short fiction in literary magazines and spent four years as the Puget Sound reporter for the Oregonian. A Washington state native, Lynch currently writes and sails from his home in Olympia, where he lives with his wife and daughter.
Novels
The Highest Tide (2005)
Border Songs (2009)
Truth Like the Sun (2012)
Before the Wind (2016)