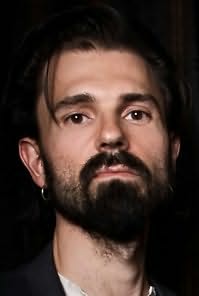 Nathan is best known as an award-winning film music composer, having created the scores for over thirty movies, such as Boys Don't Cry, Dirty Pretty Things, and Margin Call. He was deeply involved in the hardcore punk scene in Washington D.C., and in the 1990s, he was the lead guitarist for the influential prog-punk outfit Shudder to Think.

THE DEWEY DECIMAL SYSTEM is his first novel, the first of three in a series. The second installment, THE NERVOUS SYSTEM, is Larsons latest work.

Larson lives in Harlem, New York City, with his wife and son.