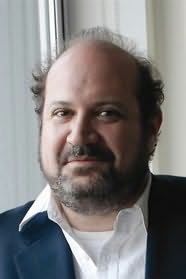 (b.1968)
Sam is the author of Venus Drive, a collection of short stories, and The Subject Steve, a novel.

His work has appeared in The New York Times and The Quarterly.

Trance (2005)
Christopher Sorrentino
"...scathing, gripping and profound, this book is a meditation and a provocation..."

Grab On to Me Tightly As If I Knew the Way (2006)
Bryan Charles
"As brave and funny a debut as I've read in a long time."

Buffalo Lockjaw (2009)
Greg Ames
"Buffalo Lockjaw, like its charming, bitter screw-up of a narrator, reaches finally for larger meaning, and succeeds. . . . A brazen and tender book about a city and a scene, a mother and a son, and the beauty and pain of several kinds of love."

Firework (2010)
Eugene Marten
"There is nothing quite like the controlled burn of Eugene Marten's prose."

Here Comes Another Lesson (2010)
Stephen O'Connor
"The main lesson of this book is that there are still fiction writers out there brave enough to take serious risks. For O'Connor, the risks pay off lavishly. Here is a collection of great feeling, range, and power."

Baby & Other Stories (2010)
Paula Bomer
"These stories bleed, yes, but that's because they brawl. The real houswives of Bomerworld break themselves and break your heart and yet never completely lose their soulful dignity."

Middle Men (2013)
Jim Gavin
"Jim Gavin's stories are wise and funny and not at all afraid of the dark, or the light. Middle Men is a very powerful debut."

Dept. of Speculation (2014)
Jenny Offill
"Gorgeous, funny, a profound and profoundly moving work of art. Jenny Offill is a master of form and feeling, and she gets life on the page in new, startling ways."

All Back Full (2017)
Robert Lopez
"[Lopez'f fiction] bears genetic traces of Beckett and Stein, but [his]powerful cadences and bleak, joyful wit are all his own."

A Little More Human (2017)
Fiona Maazel
"Listen, skip the blurbs and just buy the damn book. Fiona Maazel is one of the funniest and finest we've got."

Perennials (2017)
Mandy Berman
"Perennials is a sharp, crushingly observant, and empathetic debut, full of wit and tragedy, and good for all seasons."

Darker with the Lights on (2017)
David Hayden
"Here are stories to read again and again. Here is language to live in. David Hayden is a serious force."

The Municipalists (2019)
Seth Fried
"A thinking person's comic thriller, The Municipalists is a joy ride and a meditation both. Seth Fried is the consummate urban planner of a novelist, providing us with exciting thoroughfares of action as well as quiet gardens of feeling. And the story stars, among other characters, a drunk and vain (but ultimately loveable) computer. What else could a fiction dweller ask for? A wonderful debut novel."

Early Work (2019)
Andrew Martin
"What a debut! Early Work is one of the wittiest, wisest (sometimes silliest, in the best sense), and bravest novels about wrestling with the early stages of life and love, of creative and destructive urges, I’ve read in a while. The angst of the young and reasonably comfortable isn’t always pretty, but Andrew Martin possesses the prose magic to make it hilarious, illuminating, moving."

Pizza Girl (2020)
Jean Kyoung Frazier
"Pizza Girl is a funny and moving debut, full of wry observation and deep humanity. Jean Kyoung Frazier’s incredibly winning protagonist delivers laughter and grief with all the toppings. A wonderful novel from a new writer with talent and heart."

Fraternity (2020)
Benjamin Nugent
"From the already legendary opening story, Fraternity only deepens on every front: humor, compassion, syntactical intensity, observational brilliance, and satirical vision. Benjamin Nugent has bided his time, and the wait was worth it. This moving, daring and frequently astonishing debut will be remembered - and emulated - for many years to come."