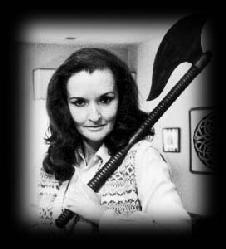 Ireland (b.1937)
Morgan Llywelyn is an American-born Irish author of historical fantasy, historical fiction, and historical non-fiction. Her fiction has received several awards and has sold more than 40 million copies, and she herself is recipient of the 1999 Exceptional Celtic Woman of the Year Award from Celtic Women International.

Morgan Llywelyn now lives outside of Dublin, Ireland, and has become an Irish citizen.

The Last Christmas of Ebenezer Scrooge (2003)
Marvin Kaye
"This is a magical, indeed a miraculous, story. Here is the vision of the Afterlife which Dickens did not address, but was the unanswered question at the end of his original tale. It is rare indeed when an author writes a sequel to some other author's work and does not diminish both. It's brilliant."