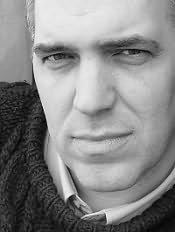 His debut novel, Head Games, was published by Bleak House Books in September 2007. Head Games was selected as a 2008 Edgar nominee for Best First Novel by an American Author. Head Games was also a finalist for the Anthony, Gumshoe and Crimespree Magazine awards for best first novel.His nonfiction books include Art in the Blood, a collection of interviews with 20 major crime authors which appeared in 2006, and Rogue Males: Conversations and Confrontations About the Writing Life, a second collection of interviews published by Bleak House Books in 2009.McDonald was also a contributor to the NYT's nonfiction bestseller, Secrets of the Code. He recently won national awards for his profiles of crime novelists James Crumley, Daniel Woodrell, James Sallis and Elmore Leonard.He is a member of the Mystery Writers of America, the International Association of Crime Writers, Sisters in Crime and a contributing columnist to Crimespree Magazine.

Dead Wood (2014)
(John Rockne, book 1)
Dan Ames
"This is the first new private eye novel in a long time that just swept me along for the ride. Amore is definitely one to watch."