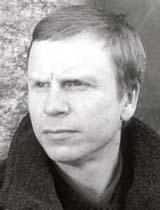 aka E M Brown
Eric Brown was born in Haworth, Yorkshire, in May 1960, and began writing in 1975. In the 1980s he travelled extensively throughout Greece and Asia (some of his novels are set in India). His first publication was in 1982, when his play for children, Noel's Ark, appeared.

His career took off in the late eighties with a succession of short stories in Interzone and other publications. His story The Time-Lapsed Man won the Interzone readers' poll for the most admired story of 1988, and an Eastercon short text award in 1995. He was voted the Best New European SF writer of the Year in the early nineties and has subsequently won the British Science Fiction Award twice (for the short stories Hunting the Slarque in 1999 and Children of Winter in 2001). He should not be confused with Eric J. Brown, the co-author of The Effective CIO, a technical book on Information Technology.

He has publicly admired the science-fiction writing of Michael G. Coney, Robert Silverberg, Richard Paul Russo and Robert Charles Wilson, amongst others.