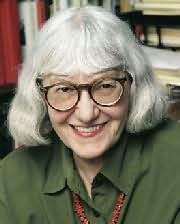 The Hooligan's Return (2003)
Norman Manea
"I am profoundly grateful for this living, flesh-and-blood, yet unearthly memoir."

The Days Of Awe (2005)
Hugh Nissenson
"I just finished The Days Of Awe. I am too moved to move. (Even this pen). An amazing novel. It is as if we are eavesdropping on life."

The Street of Crocodiles and Other Stories (2008)
Bruno Schulz
"One of the most original imaginations in modern Europe."

Moving Kings (2017)
Joshua Cohen
"Joshua Cohen’s Moving Kings is a lit fuse, a force let loose, a creeping flame heading for demolition, and Cohen himself is a fierce polyknower in command of the moving parts of the human predicament. A master of argot and wit, he writes the language of men in a staccato yet keening idiom of his own invention. And though it is set in a grungy New York, call this the first Israeli combat novel ever dared by an American writer."
Visitors to this page also looked at these authors
Jhumpa Lahiri
Danielle Steel
Karen Robards
Laura Griffin
Paula McLain
Daniela Krien
Sally Hepworth
Katherine Heiny
JoAnne Tompkins
Paul Theroux
Walter Mosley
James Patterson
Nora Roberts
Susan Wittig Albert
Amanda Quick
J R Ward