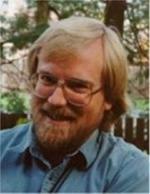 aka Reed Manning
Dave Smeds is a Nebula Award finalist and author of novels such as The Sorcery Within (published by Scorpius in October 2001) and The Schemes of Dragons (upcoming from Scorpius in Winter 2001/02), and X-Men: Law of the Jungle. His short fiction has appeared in magazines, including Asimov's Science Fiction, Realms of Fantasy, and The Magazine of Fantasy and Science Fiction, and anthologies, including In the Field of Fire, Full Spectrum IV, Peter S. Beagle's Immortal Unicorn, and the erotic fantasy anthology Sirens and Other Demon Lovers. His writing has been translated into more that a dozen languages. Dave holds a black belt in goju-ryu Karate, and when he's not writing he can often be found teaching martial arts. He is currently at work on a film project with Marvel Comics founder Stan Lee, due to begin filming this year.