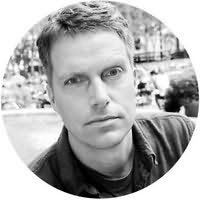 Adam is the culture editor of The New York Times Magazine and the author of Shovel Ready, a future-noir thriller about a garbageman-turned-hitman set in a dystopian New York City. Formerly, he was an editor-at-large for New York magazine, and has written for GQ, Bloomberg Businessweek, The Times of London, and appeared on the radio program This American Life. For many years Adam was the co-editor of the satirical celebrity website Fametracker. Raised in Toronto, he now live in Brooklyn,

Dodgers (2016)
Bill Beverly
"The sentences will snare you, and the story keeps you hooked — a thrilling cross-country journey that takes on the poetry and resonance of myth."

Blackfish City (2018)
Sam J Miller
"Blackfish City is an exhilarating tour of a post-catastrophe future that’s both fantastical and eerily convincing. Imagine The Yiddish Policeman’s Union cross-bred with Snowcrash and you’ll get an inkling of the imaginative horsepower on display here."