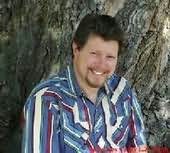 (1946 - 2021)
L. Neil Smith was born in Denver, Colorado on May 12th, 1946. His father was in the Air Force, so he grew up all over the North America in places like Waco, McQueenie, and Laporte, Texas; Salina, Kansas; Sacramento, California; and Gifford, Illinois -- all before he was in 5th grade -- and then St. John's, Newfoundland and Ft. Walton Beach, Florida where he graduated from high school.

Along the way, Neil acquired a deep interest in science and history, and studied Latin and German. He began shooting when he was around 11 years old, through a joint program of the National Rifle Association and the Boy Scouts of America. Ultimately, he won the rank of Eagle Scout and "more sharpshooter bars than I can remember".
He died on August 27, 2021 in Fort Collins, CO.

Conspiracies of Rome (2008)
(Aelric, book 1)
Richard Blake
"It's simply the best historical novel I've ever read . . . It's a very great deal better than any of the ancent Roman detective novels I've seen."