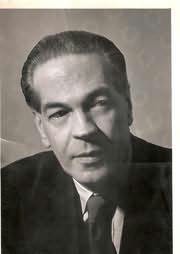 aka Thane Leslie, Derwent Steele, Donald Stuart, Nigel Vane
Gerald Verner (1897-1980) was a prolific writer of thrillers and wrote more than 120 novels translated into over 35 languages. Successful stage plays included adaptations of Peter Cheyneys The Urgent Hangman into Meet Mr.Callaghan (1952)  and the Agatha Christie thriller Towards Zero (1956).  Many of his books were adapted into radio serials, stage plays and films. In the 1930s he wrote for the magazines The Thriller and Detective Weekly.  With changed names of titles and the protagonists many of these stories were recycled as novels for the publisher Wright & Brown. His style was heavily influenced by that of Edgar Wallace.

He was born John Robert Stuart Pringle in Streatham, London on 31st January 1897 and died of natural causes at Broadstairs, Kent,  England on 16th September 1980. The Duke of Windsor was an avid fan of Verner's thrillers and was presented with a special edition of 15 of them bound in blue.

In his early days he used to write entirely under the name of Donald Stuart, including 44 stories for the Sexton Blake Library. He also wrote 6 stories for Union Jack and 3 for the The Thriller under this pseudonym as well as two stage plays and two films.  His other pseudonyms include Derwent Steele and Nigel Vane.