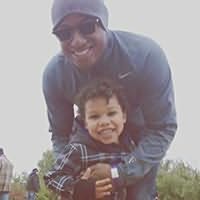 Born in England to South American parents, Evan Winter was raised in Africa near the historical territory of his Xhosa ancestors. He always wanted to be a writer, but went to university first, tended bars in two countries, became a director and cinematographer whose work has been viewed more than 500,000,000 times online, met a couple conmen in the process, was threatened by UK mobsters in a case of mistaken identity, worked with wonderful A-list celebrities, unbelievably talented unknowns, and became the Creative Director for one of the world's largest infrastructure companies, all before realizing that the words in his head would never write themselves. So, before he runs out of time, he started writing them.

More to the point, he grew up reading fantasy, loving fantasy, and believing that it's our stories that make us who we are. He remembers being fourteen and sitting on his bed for countless hours in the summer, reading Robert Jordan with Sarah McLachlan's music playing in the background.

He remembers being transported to brilliant worlds of magic, heroism, conflict and wonder. He remembers the lessons learned when he grew up alongside Rand, contemplated life with Drizzt, fought against hard odds with Druss, rejected a destined life like Sparhawk, and decided that, even if doing the right thing ends up badly, Ned was a good man who should be emulated.

The Bone Ships (2019)
(Tide Child Trilogy, book 1)
RJ Barker
"A vividly realized high-seas epic that pulls you deep into its world and keeps you tangled there until the very last word."