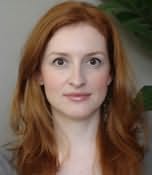 Australia
Blake was born in a small town in Outback Queensland, Australia. She graduated from St Peters Lutheran College in Brisbane, duxing Theatre. She earned her bachelor's degree from the University of Queensland, with a double English major.

Blake has tutored in English and mathematics, worked in fashion retail, and was a cheerleader for both the Brisbane Broncos football team and the Gold Coast Rollers basketball teams. She was a contracted dancer on The Footy Show for Channel Nine in Brisbane. For two years, she was the secretary of the Queensland branch of the Australian Cinematographers Society.

After marrying her husband in Las Vegas in 2000, Ally moved to Melbourne. In 2007 her first child, Bridget, was born.

Taken by the Millionaire
8. The Magnate's Indecent Proposal (2008)

In Bed with the Boss
The Rogue Wedding Guest (2011)

Those Summer Nights
Her Hottest Summer Yet (2014)