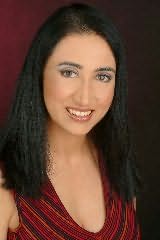 Australia
As a girl, Nicola dreamed of being a journalist and traveling the world in search of the next big story. Instead, she chose a career in the health industry while honing her writing skills with a daily entry in a not-so-secret journal!

Luckily, she had the opportunity to travel but her dream to write was never far from her mind. She worked as a physiotherapist for thirteen years before she tired of saying "I'm going to write a book one day" and actually did it. She started writing in late 2001 and found once she started she couldn't stop!

The inspiration for her first novel, The Tycoon's Dating Deal, came from a magazine article on speed dating and she sold this book in May 2003. It won the CataRomance Reviewers' Choice Award for Best Harlequin Romance 2004.

Escape Around the World
A Trip with the Tycoon (2009)

Unbuttoned by a Rebel
1. Interview with the Daredevil (2011)