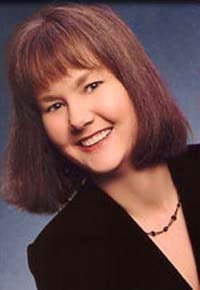 Elizabeth Bevarly was born and raised in Louisville, Kentucky, U.S.A.. Hergrandmothers, Ruth Bevarly and Hazel Robinson went her models to follow. Shesays: "Both women lived in times when women were viewed as weak, fragilecreatures, yet both of them were strong, forceful women who struggled toovercome poverty and hardship. They were anything but weak or fragile." Shewrote her first novel when she was twelve years old. It was 32 pageslong-and that was with college rule notebook paper-and featured three girlsnamed Liz, Marianne and Cheryl, who explored the mysteries of a hauntedhouse. Her friends Marianne and Cheryl proclaimed it "Brilliant!Spellbinding! Kept me up past dinnertime reading!" Those rave reviews onlykindled the fire inside her to write more.

Elizabeth earned her B.A. with honours in English from the University ofLouisville in 1983. Although she never wanted to be anything but a novelist,her career detours before making the leap to writing included stints workingin movie theatres, restaurants, boutiques and major department stores. Shealso spent time as an editorial assistant for a medical journal, where shelearned the correct spellings and meanings of a variety of words (likemicroscopy and histological) that she will never ever use again.

Finally, in 1989, she sold her first novel, Destinations South, toSilhouette Books. Since then, she has gone on to sell more than 30 novelsand six novellas to five different publishers. Her books have appeared on anumber of bestseller lists, including the USA Today bestseller list. She'sbeen nominated for several Romantic Times awards. She was recently given aCareer Achievement Award from Romantic Times magazine for Series Love andLaughter, and her Silhouette Desire, The Perfect Father was awarded theNational Readers' Choice Award in 1996. Her novels have been published in 19languages and more than two dozen countries. There are more than fivemillion copies of her books in print worldwide.

Elizabeth is married with a member of the Coast Guard, and they had a son in1995. "My husband and I met when we were teenagers, and back then, our ideaof romance was necking in the back seat of his Pontiac Firebird. My husbandwas stationed in San Juan, Puerto Rico with the Coast Guard when we married,and that whole period of our life was so idyllic. It's just a wonderful cityall around. When we were living as newlyweds, romance was sitting on thebeach at sunset, holding hands and listening to a live salsa band. Now, witha young child, romance is having our son at my mum's for the night, so thatwe can rent a movie and watch it by candlelight with a nice bottle of PinotGrigio." She has claimed as residences Puerto Rico, Washington, D.C.,northern Virginia and southern New Jersey, but she now resides with herhusband and young son in her native Kentucky, where she fully intends toremain. When she's not writing, Elizabeth enjoys old film, old houses, goodbooks, fine antiques and salsa music, and she has a tendency to rescueabandoned animals. Both of her cats, Quito (named after a bar on Tortola)and Wallo (named by her then-two-year-old son for reasons she and herhusband will never understand) are refugees the first from a rest areabeside a main road, and the other from a park near where she used to live.

Follow that Baby
The Sheriff and the Impostor Bride (1998)

Fortunes of Texas : Reunion
The Debutante (2005)

Millionaire of the Month
5. Married To His Business (2007)