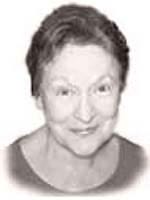 Lee Wilkinson was born in Nottingham, the only child of loving parents. She was educated at an all-girls' school, and after leaving, tried her hand at several jobs, including modeling swimwear.

At 22 she met and married her husband, Denis. They had a traditional white wedding and a honeymoon in Italy, and have been happily married ever since. They have two children, a son and a daughter - both now grown up and married - and four lovely grandchildren.

Lee's writing career began with short stories and serials for magazines and newspapers before going on to novels. She has had more than 20 Mills and Boon romance novels published to date.

Amongst her hobbies are reading, gardening, walking, and cooking. Traveling is her main love, and teaming up with her daughter and American son-in-law, she and her husband spent a year going round the world, taking in India, China, Australia, New Zealand, and the States.

Last year she rented a palazzo in the heart of Venice, followed by a quick hop aboard the Orient Express. Lee is currently saving up for a whirlwind tour of Japan, a romantic and exotic destination she has wanted to visit since childhood.

At present she lives with her husband in a 300-year-old stone cottage in a picturesque Derbyshire village, which gets cut off by snow most winters.

Millionaire Affair
3. One Night with the Tycoon (2004)

Dark Nights with a Billionaire
Captive in the Millionaire's Castle (2009)