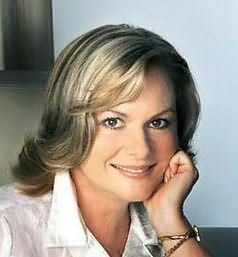 Robyn received a book from her big sister and immediately fell in love with Cinderella. Sprinklings of magic, deepest wishes come true - she was hooked! Picture books with glass slippers later gave way to romance novels. When she was older, she wanted to write one.

However, in junior high, Robyn hit a stumbling block - a disheartening grade of one out of ten for a book review. Confused and hurt, she asked her hundred-and-thirty-year-old English teacher why the low mark? The wizened schoolmarm sniffed, "You obviously had a senior do it for you." Thankfully Robyn's business teacher was a honey.

Following a fifteen-year career behind the scenes in television, Robyn knew the time was right to pursue her dream of becoming a published author. Late in 2004, she received a phone call from a London editor. She'd submitted a manuscript to the Sweet line, which were featuring lighter, sexier stories to be released under the Tango banner. The editor was very interested in her story, but for a brand new line.

Robyn didn't stop smiling for a week, but sometime later learned her revised manuscript hadn't hit the mark. Then she received another call and another request for revisions to a second manuscript! That didn't sell either. On a third manuscript she received a very long, very detail email, asking for, what would turn out to be, a complete rewrite. Having torn out most of her hair, but with 13 contest finals in 2006 (including winning the Golden Pen and Where the Magic Begins), she finished the rewrite then contacted a New York agent. That wonderful agent took her on, and Robyn sold in a matter of weeks, first to Silhouette Desire, then Modern Heat (Sexy Sensation/Presents) with a two book deal! She is currently writing manuscript number fourteen.

Robyn lives with her own modern-day hero on Australia's Sunshine Coast with their three little princesses, as well as two poodles and a cat called Tinkie. She has majors in English literature and psychology, and loves new shoes, worn jeans, visits to the theatre and lunches at picturesque Moffat Beach with her writer friends.

Kept for His Pleasure
4. Confessions of a Millionaire's Mistress (2008)

Nights of Passion
6. Naughty Nights in the Millionaire's Mansion (2009)

Daughters of Power: The Capital
3. A Wedding She'll Never Forget (2013)