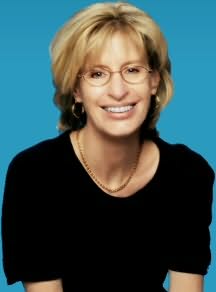 Gail Ellen Barrett always dreamed to write, and after studying in a Catholic nuns' school, she head off to Spain during college to live the writer's life. After four years in Madrid, she straggled back home, broke but fluent in Spanish. She discovered that she had acquired a marketable skill, and she began teaching Spanish. She married a Coast Guard Officer and followed him around the country as he rescued ships and saved lives. They had two sons, and she obtained a master's degree and continued teaching.

Until she read her first Silhouette novel that she realized she was destined to write romance. She began to write her first novel, but she discovered that writing a saleable book was much harder than she had dreamed. She sold her first novel in 2005. Her books have won numerous awards, including the National Readers' Choice Award, the Book Buyers' Best Award, the Holt Medallion and Romance Writers of America's prestigious Golden Heart, she was also a RITA Award finalist.

Home on the Ranch Omnibus (with C J Carmichael)
Her Montana Rancher (omnibus) (2018)
aka Remember Me, Cowboy / Cowboy Under Siege