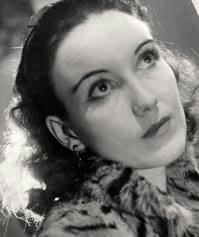 (1909 - 1992)
Barbara Comyns was an original and visual writer, whose idiosyncratic novels have been described as like pictures painted on glass.

She was brought up in rural Warwickshire, one of six children of an increasingly unsuccessful Birmingham brewer. Living on the run-down but romantic family estate and receiving her education from governesses, she began to write and illustrate stories at the age of ten. After her fathers death, she attended art school in London and married a painter, and she supported her two children by trading antiques and classic cars, modelling, breeding poodles, and renovating apartments. A second marriage, to civil servant Richard Comyns Carr, took place during World War II.

Barbara wrote her first book, Sisters by the River, while living in the country to escape the Blitz. She is perhaps best known for Our Spoons Came from Woolworths, about her first marriage, which was the first classic title ever to be selected for Waterstones Book Club. Jane Gardams obituary of Barbara Comyns in the Guardian concluded that her work is likely to be remembered when most of the rest of us are forgotten.
Novels
Sisters by a River (1947)
Our Spoons Came from Woolworths (1950)
Who Was Changed and Who Was Dead (1954)
The Vet's Daughter (1959)
The Skin Chairs (1962)
Birds in Tiny Cages (1964)
A Touch of Mistletoe (1967)
The Juniper Tree (1985)
Mr. Fox (1987)
The House of Dolls (1989)