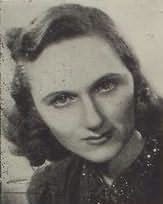 (1912 - 1975)
Elizabeth Taylor (n&#233e Coles) was a popular English novelist and short story writer. Elizabeth Coles was born in Reading, Berkshire in 1912. She was educated at The Abbey School, Reading, and worked as a governess, as a tutor and as a librarian.

In 1936, she married John William Kendall Taylor , a businessman. She lived in Penn, Buckinghamshire, for almost all her married life.

Her first novel, At Mrs. Lippincote's, was published in 1945 and was followed by eleven more. Her short stories were published in various magazines and collected in four volumes. She also wrote a children's book.

Taylor's work is mainly concerned with the nuances of "everyday" life and situations, which she writes about with dexterity. Her shrewd but affectionate portrayals of middle class and upper middle class English life won her an audience of discriminating readers, as well as loyal friends in the world of letters.