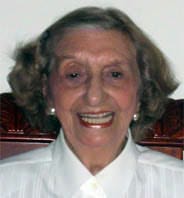 aka Jane Wilby
Anne Hampson was born on November 28 in England. At age six she had two ambitions: to teach and to write. Poverty after WWI deprived her of an education and at 14 she was making Marks & Spencer's blouses at one shilling (5p) each.

She retired when she married. Later, when her marriage broke up, she was homeless with £40 in her purse. She went back to the rag trade and lived in a tiny caravan. But she never forgot her two ambitions, and when Manchester University decided to trial older women she applied, and three years later had achieved one ambition, so set her thoughts on number two.

In 1969, her first novel, Eternal Summer, was accepted five days from posting and she soon had a contract for 12 more. From the caravan she went to a small stately home, drove a Mercedes and sailed on the QE2. From the first book, came over 125 more written for Mills & Boon, Harlequin and Silhouette. With Alan Boon (the Boon of Mills & Boon) she came up with the title for 'Harlequin Presents' over lunch at the Ritz. She suggested to Alan that they have a historical series. He told her to write one - it was done in a month, entitled Eleanor and the Marquis under the pseudonym Jane Wilby. She has the distinction of being number one in Harlequin Presents, Masquerade and Silhouette.

She has had 3 awards, one at the World Trade Centre where she received a standing ovation from her American fans, who had come from many states just to meet her.