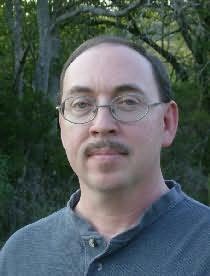 Ronald Kelly was born and raised in the hills and hollows of Middle Tennessee. He became interested in horror as a child, watching the local "Creature Feature" on Saturday nights and "The Big Show"---a Nashville-based TV show that presented every old monster movie ever made ---in the afternoons after school. In high school, his interest turned to horror literature and he read such writers as Poe, Lovecraft, Matheson, and King. He originally had dreams of becoming a comic book artist and created many of his own super heroes. But during his junior year, the writing bug bit him and he focused his attention on penning short stories and full-length novels. To date, he has had ten novels and eight short fiction collections published. In 1992, his audio-book, DARK DIXIE, was included on the nominating ballot for a Grammy Award.

He currently lives in Brush Creek, Tennessee with his wife, Joyce, his two daughters, Reilly and Makenna, and his son, Ryan (Bubba).