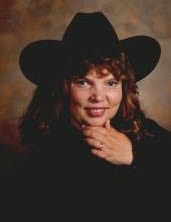 (b.1957)
Jean Rabe is a fantasy and sci-fi author and editor who has worked on the Dragonlance, Forgotten Realms, and BattleTech series, as well as many others. Early in her career she worked for the Quincy Herald-Whig in Quincy, Illinois, and then for the Evansville Courier & Press in Evansville, Indiana. She went on to work for TSR, Inc., for the RPGA, writing magazine articles, writing and editing Dungeons & Dragons and Gamma World gaming modules and eventually novels. Some of her more notable works includes her collaboration with Mercedes Lackey in the Halfblood Chronicles.

Goranth the Mighty (with Craig Martelle)
1. Black Heart of the Dragon God (2021)

The Golden Cord (2008)
(Iron Dragon, book 1)
Paul Genesse
"Paul Genesse's tale is elegantly written and filled with rich, believable heroes and villains. He transports you to a vibrant fantasy world that feels so real and complex you won't want to leave. It is irresistible."

Zombies, Werewolves, & Unicorns (2010)
Stephen D Sullivan
"Stephen D. Sullivan is a master at crafting fast-paced action scenes that keep the pages turning. Once I started reading, I couldn't put it down. The two tales are that engrossing."