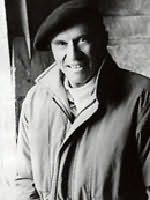 aka Adam Chase, Stephen Marlowe
Milton Lesser was an American author of science fiction, mystery novels, and fictional autobiographies of Christopher Columbus, Spanish author Miguel de Cervantes, and Edgar Allan Poe. He is best known for his detective character Chester Drum, whom he created in the 1955 novel The Second Longest Night.

He was awarded the French Prix Gutenberg du Livre in 1988, and in 1997 he was awarded the "Life Achievement Award" by the Private Eye Writers of America. He lived with his wife Ann in Williamsburg, Virginia.