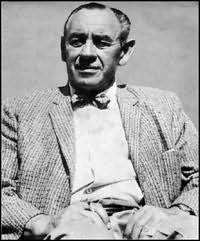 aka Oliver Fleming, Anthony Lawless, Martin Porlock, W J Stuart
Philip Macdonald, who also wrote as Oliver Fleming, Anthony Lawless and Martin Porlock, was born in 1899 in England. Macdonald served with the cavalry regiment in Mesopotamia during World War 1 and later trained horses for the army. Writing was in the blood. His gandfather was George Macdonald, and his first two books (written as Oliver Fleming) were co-written with his father, Ronald Macdonald. Ambrotox and Limping Dick (1920) and The Spandau Quid were more thriller than detective fiction.

He wrote some very important and influential books, though, and his third book The Link was ingeniously plotted and remains even today a key book, not least for being one of the first books published in the Collins Crime Club. Murder Gone Mad also merits particular attention, if not only for the stunning dust jacket by Bip Pares. It is again a Golden Age classic and was selected by John Dickson Carr as one of the 'Ten Greatest Detective Novels'. In 1953 and 1956, Macdonald was recognised by the Mystery Writers of America, who awarded him the Edgar Allan Poe award for his short stories.

Philip Macdonald passed away in 1981, but remains very much appreciated today and is one of detective fiction's more important authors.