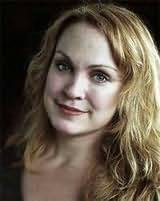 Gin Phillips grew up in Montgomery, Al., and has been writing for as long as she can remember. (Shes pretty sure her first story was about a talking dog.) After earning a degree in Political Journalism from Birmingham-Southern College, Gin worked as a freelance magazine writer for nearly a decade. Shes lived in Ireland, Thailand, New York, and Washington, D.C. (She loves traveling almost as much as she loves writing.)

Her first novel, The Well and the Mine, was published by Hawthorne Books in February 2008. In 2009, the book won the Barnes & Noble Discover Award and was re-released by Riverhead, an imprint of Penguin Books. The novel has been printed in six different languages across the globe.

Gin now lives in Birmingham with her husband, her kids, and her schnoodle.

The Marriage Pact (2017)
Michelle Richmond
"Clever and original - as smart as it is scary."