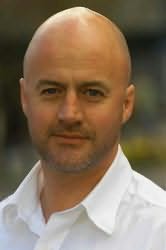 During his 20-year career with a Scottish Sunday newspaper, Craig Robertson has interviewed three recent Prime Ministers; attended major stories including 9/11, Dunblane, the Omagh bombing and the disappearance of Madeleine McCann; been pilloried on breakfast television, beaten Oprah Winfrey to a major scoop, been among the first to interview Susan Boyle, spent time on Death Row in the USA and dispensed polio drops in the backstreets of India.

Life For A Life (2013)
(DI Gilchrist, book 4)
T F Muir
"GRIPPING AND GRISLEY, WITH PLENTY OF TWISTS AND TURNS THAT RACE ALONG WITH BLACK HUMOUR."

Jack in the Box (2014)
(Von Valenti, book 1)
Hania Allen
"Nicely nasty in all the right places, this is an assured debut."

Snowblind (2015)
(Dark Iceland, book 1)
Ragnar Jónasson
"If a Golden Age crime novel was to emerge from a literary deep freeze then you'd hope it would read like this."

The Wrong Boy (2018)
Cathy Ace
"A disturbing storyline of family secrets, deftly told, and with a remarkable sense of place. Almost mythic in nature, it’s narrated by a chorus of voices which stay with you all the way to the stunning ending and beyond."