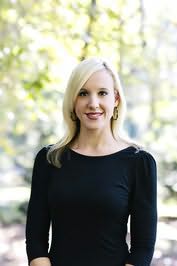 Erika Robuck self-published her first novel, RECEIVE ME FALLING. NAL/Penguin has published her subsequent novels, HEMINGWAY'S GIRL, CALL ME ZELDA, and FALLEN BEAUTY, and will release her forthcoming THE HOUSE OF HAWTHORNE in May of 2015. Erika is also part of an anthology of ten stories called GRAND CENTRAL (July 2014, Berkley/Penguin) set one month after WWII at Grand Central Terminal in NY.

Erika has an historical fiction book blog, and is a member of the Historical Novel Society, the Hemingway Society, and the Millay Society.

Becoming Josephine (2013)
Heather Webb
"A debut as bewitching as its protagonist."

The Accidental Empress (2015)
Allison Pataki
"With her meticulous attention to historical detail and powerfully entertaining storytelling skills, Allison Pataki is a force in historical fiction. Set amid the grand landscapes of the Austro-Hungarian Empire and the wilds of the human heart, The Accidental Empress is an epic tale of honor, power, and love. Breathtaking!"

Carnegie's Maid (2018)
Marie Benedict
"Feels like Downton Abbey in the United States... Benedict demonstrates the relevance of history to the present day in this impeccably researched novel of the early immigrant experience. Deeply human, and brimming with complex, vulnerable characters, CARNEGIE'S MAID shows the power of ambition tempered by altruism, and the true realization of the American Dream."

The Rain Watcher (2018)
Tatiana De Rosnay
"The Rain Watcher is a poignant and moving story of a family in crisis. As flood waters rise in Paris, the men and women of the Malegarde clan struggle not to drown under the weight of their own secrets. Through her tender rendering of her characters, Tatiana de Rosnay demonstrates that--in spite of our burdens and our brokenness--redemption and healing are within our grasp."

Montauk (2019)
Nicola Harrison
"Glittering galas, lavish living, and the spoils of hedonism crash against the lush, wild, primitive beauty of an Atlantic Coastal fishing village, creating a perfect storm. Caught between the two worlds, one woman must discover who she truly is, even if it means losing everything in the process. Montauk is a stunning debut by a gifted storyteller."

Meet Me in Monaco (2019)
Hazel Gaynor and Heather Webb
"... a spellbinding historical romance...MEET ME IN MONACO is a tale of first, missed, and second chances-of relatable women and men trying to make good lives for themselves in spite of difficult circumstances. It is a fairy tale...with an enchanting, fascinating fairy godmother: Grace Kelly."

And They Called It Camelot (2020)
Stephanie Marie Thornton
"And They Called It Camelot is a sumptuous, propulsive, scandal-filled peek behind the curtain of American royalty. Thornton gives the reader a fascinating look at the masks worn by those who live in the public life. One might not agree with all of Jackie's choices, but the force of her instinct for survival cannot be denied."

The Last Train to Key West (2020)
(Cuba Saga, book 3)
Chanel Cleeton
"Its romance, intrigue, and suspense make it impossible to put down. Gripping!"

Courage, My Love (2021)
Kristin Beck
"Courage, My Love, is a moving story about how ordinary people can do extraordinary things when working together for good. Beck crafts a tale of both heart-pounding intensity and deep emotional resonance, with characters who will stay with the reader long after the pages are closed. Poignant and beautiful."