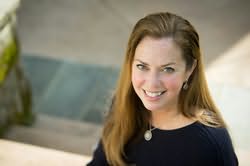 The Masterpiece (2018)
Fiona Davis
"In a story as masterful as its title, Fiona Davis paints a captivating picture of the once famous art school in New York City's iconic Grand Central and its brilliant female artist, interweaving this little-known past with New York City of the 1970s where another woman works to preserve the legendary structure from potential destruction. As the women at the heart of The Masterpiece rescue Grand Central and its art, they rescue themselves in a compelling demonstration of the way in which history reverberates in the present."

When We Left Cuba (2019)
(Cuba Saga, book 2)
Chanel Cleeton
"Scintillating.... An intriguing dive into the turbulent Cuban-American history of the 1960s, and the unorthodox choices made by a strong historical woman."

The Orphan's Song (2019)
Lauren Kate
"In a gorgeous ode to eighteenth-century Venice, Lauren Kate uncovers the intriguing, little-known origin of the era's most famous Baroque musicians in The Orphan's Song, in a tale brimming with love, deception, and ultimately, surprising truth."

The Girl in White Gloves (2020)
Kerri Maher
"A captivating look behind the scenes at the life of the iconic Grace Kelly... as she searches for authenticity in a world clamoring instead for a picture-perfect princess."

The Most English Princess (2020)
Clare McHugh
"In this sweeping, immersive novel, A Most English Princess draws readers into the mesmerizing world of the eldest daughter of Queen Victoria – Princess Vicky – as she emerges into a powerful force in her own right and ascends to become the first German Empress."

The Paris Children (2020)
Gloria Goldreich
"In The Paris Children, real-life Resistance fighter Madeleine Levy steps out from behind her famous grandfather, French political figure Alfred Dreyfus, to claim her own legacy of patriotism as she battled against anti-semitism in World War II. Author Gloria Goldreich shares the inspiring tale of Madeleine's brave and dangerous rescue of French children and the bittersweet nature of her ultimate sacrifice."

The Arctic Fury (2020)
Greer Macallister
"In her enthralling new novel, The Arctic Fury, Greer Macallister takes her readers on a thrilling, if arduous, journey to the Arctic north, alongside Virginia Reeve and her all female expedition in a quest to find the ships of a lost explorer. Through alternating glimpses into the voyage itself and the murder trial afterwards, the enterprise and its secrets -- both tantalizing and terrorizing -- reveal themselves in turn, sweeping readers along until they reach the story's spell-binding conclusion. A captivating look at the manner in which the 'truth' is formed by the lens through which it is perceived, a lens formed by time, place, and views on women."

The Invisible Woman (2021)
Erika Robuck
"In this captivating, page-turning read, the talented Erika Robuck plunges her readers deep into the little-known, critical espionage undertaken by the brilliant and brave spy Virginia Hall during World War II. The Invisible Woman shines a light on this courageous historical woman, whose pioneering work as an agent deserves recognition."

Half Life (2021)
Jillian Cantor
"Jillian Cantor exploes not only the fascinating inner life of the famous scientist Marie Curie but also the life that might have been if she'd chosen love over science."

Surviving Savannah (2021)
Patti Callahan
"[S]pellbinding....Beautifully written with a masterfully crafted plot, Surviving Savannah leaves the reader breathless and marveling at the manner in which the past and present interweave in ways we almost cannot imagine."

The Dictionary of Lost Words (2021)
Pip Williams
"What a compelling, fresh look at historical women! In Pip Williams’s lyrically written novel, The Dictionary of Lost Words, readers explore the creation of the so-called definitive Oxford English Dictionary through the eyes of Esme, a fictional female laborer on that great endeavor, and as her eyes open to the flaws and gender biases in the selection of included words and the definitions themselves, so do readers’. This marvelous exploration into the ways in which spoken and written language impact us is a delight and an education."
Visitors to this page also looked at these authors
Riley Sager
Kristin Harmel
Tess Gerritsen
James Patterson
Fiona Davis
Lisa Jackson
Melanie Benjamin
Kate Quinn
Beatriz Williams
Elin Hilderbrand
Victoria Christopher Murray
Christine Feehan
Danielle Steel
Susan Elizabeth Phillips
Nora Roberts
Debbie Macomber