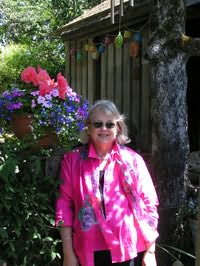 Alice can't recall a time when she didn't consider herself, one way or another, a writer. First it was a family newspaper, then journals, poetry, and short stories. She even wrote a play at age ten and semicoerced neighborhood children into acting it out for their parents (25 cents admission!). Writing was always a way of filtering life, and came as naturally as talking.

Alice spent her early adult years raising a family, mostly on a small sailboata feat that helped develop insights that would later come in handy as a novelist. During these years she wrote short stories, the first of which sold in 1982. This was the "beginning" she thought, not realizing it would take another year to sell story number two.

Series contributed to
Valentine Brides
Going to the Chapel (1996)

Bodyguard of the Month
The Baby's Bodyguard (2010)