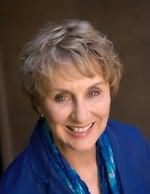 Terry grew up in Texas, and has an abiding affection for the people she grew up with and the landscape and culture of the town that is the model for Jarrett Creek.

She graduated from the University of Texas and has an MA from San Francisco State University.

Terry now lives in Northern California with her husband, two terriers and a regal cat.

Idyll Fears (2017)
(Thomas Lynch, book 2)
Stephanie Gayle
"Stephanie Gayle proves that she’s in it for the long haul. Thomas Lynch is a fine, nuanced characte - a police chief readers can believe in and root for. The tale is riveting, right up there with the best police procedurals. I highly recommend it!"

Dark Tomorrow (2020)
(Lisa Tanchik, book 2)
Reece Hirsch
"Hirsch imagines a frightening future in which cybercrime is rampant, and it takes the best and the brightest resources of the government to combat the enemy’s relentless attacks. Dark Tomorrow is both terrifying and compulsively readable."

The Last Tea Bowl Thief (2020)
Jonelle Patrick
"I don't know when I've been more caught up in a story. Jonelle Patrick handles the fascinating, centuries-old tale of the tea bowl with elegance and verve. Her descriptions are flawless and reveal her deep understanding of Japanese culture. A masterful achievement."