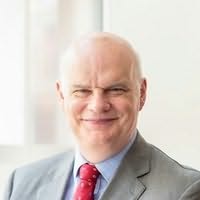 Graham Brack hails from Sunderland and met his wife Gillian in Aberdeen where they were both studying pharmacy. After their degrees Gillian returned to Cornwall and Graham followed. This is now called stalking but in 1978 it was termed “romantic”. They have two children, Andrew and Hannah, and two grandchildren, Miranda and Sophie.

Graham’s foray into crime writing began in 2010 when he entered the Crime Writers’ Association’s Debut Dagger competition and was highly commended for The Outrageous Behaviour of Left-Handed Dwarves, in which the world was introduced to Lt Josef Slonský of the Czech police. The Book of Slaughter and Forgetting followed and Sapere Books will be publishing the next in the Slonský series.In 2014 and 2016 Graham was shortlisted for the Debut Dagger again. The earlier novel, The Allegory of Art and Science, is set in 17th century Delft and features the philosophy lecturer and reluctant detective Master Mercurius.