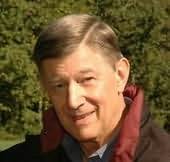 His debut novel, EYEWALL, which one reviewer called a "perfect summer beach read," was released in May 2011 and went on to become a number-one best seller in Amazon's Kindle Store.

PLAGUE ("One of the best thrillers of 2012--novelist Al Leverone) came out in September 2012, and won the 2014 EPIC eBook Award in the suspense/thriller category.

SUPERCELL ("Races along with the speed of a twister"--novelist Michael Wallace) was published in late 2013 and became a best seller on Kindle as well as the winner of the 2015 EPIC eBook Award in the suspense thriller/category.

Buzzs fourth novel and third in his "weather trilogy," BLIZZARD ("A terrific book"--novelist Deborah Smith) was released in February 2015. It led to his nomination for a 2016 Georgia Author of the Year award.

CASCADIA ("heart pounding"--Reed Farrel Coleman, NYT best-selling author WHERE IT HURTS) will be released in July.

Before becoming a novelist, Buzz worked at The Weather Channel as a senior meteorologist for 13 years. Prior to that, he served as a weather officer in the U.S. Air Force for over three decades.  He attained the rank of colonel and received, among other awards, the Legion of Merit.

His "airborne" experiences include a mission with the Air Force Reserve Hurricane Hunters, air drops over the Arctic Ocean and Turkey, and a stint as a weather officer aboard a Tactical Air Command airborne command post (C-135).

In the past, he's provided field support to forest fire fighting operations in the Pacific Northwest, spent a summer working on Alaska's arctic slope, and served two tours in Vietnam. Various other jobs, both civilian and military, have taken him to Germany, Saudi Arabia and Panama.

He's a native Oregonian and attended the University of Washington in Seattle where he earned a bachelor's degree in atmospheric science; he also studied creative writing.

He and his wife Christina live in Roswell, Georgia, along with their fuzzy and sometimes over-active Shih-Tzu, Stormy. Buzz is represented by Jeanie Loiacano of the Loiacano Literary Agency.
Genres: Historical