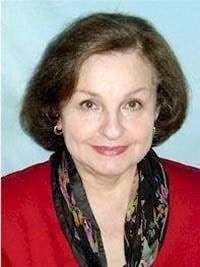 Sandra Marton was born on June 30. Before she could read, she made up poemsand her mother wrote them down for her. She wrote her first story when shewas seven years old while she was still in elementary school, and began todream of becoming a writer. Her doting parents told her she'd be a writersomeday and she believed them. In high school and college, she wrote darkpoetry nobody but her boyfriend understood, though looking back, shesuspects he was just being kind. As a wife and mother, she wrote murky shortstories in what little spare time she could manage, but not even herboyfriend-turned-husband could pretend to understand those. Sandra tried herhand at other things, among them teaching and serving on the Board ofEducation in her hometown, but the dream of becoming a writer was always inher heart.

At last, Sandra realized she wanted to write books about what all women hopeto find: love with that one special man, love that's rich with fire andpassion, love that lasts forever. She wrote a novel, her very first, andsold it to the Harlequin Presents line. Since then, she's written more thansixty books, all of them featuring the sexy, gorgeous, larger-than-lifeheroes that have helped make Sandra one of the Presents line's bestsellingauthors. Sandra sees her greatest goal as a romance writer to providereaders with characters and stories that offer hours of pleasurable escapefrom the stresses of everyday living. Her books are published in more thantwenty languages all around the world. A four-time RITA Award finalist,she's also received six Romantic Times magazine awards for Best HarlequinPresents of the Year and has been honored with Romantic Times CareerAchievement Award for Series Romance. Sandra has won the Holt Medallion forBest Single title and the Romantic Times Reviewers' Choice Award for BestMills & Boon Modern Romance of the Year twice.

The mother of a son with a granddaughter and a grandson, Sandralives with her husband in a sun-filled house in a quiet corner ofConnecticut, New England, where she alternates between extravagant bouts ofgourmet cooking and take-out pizza. When she's not busy writing, Sandralikes to hike, read, explore out-of-the-way restaurants and travel tofaraway places. She is active in many organisations including NovelistsInc., the Nature Conservancy, the Humane Society and the Audubon Society.

Series contributed to
Walk Down the Aisle
Yesterday and Forever (1992)