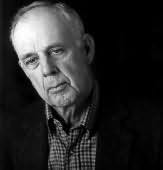 (b.1934)
Berry is the first of four children born to John Berry, a lawyer and tobacco farmer in Henry County, and Virginia Berry. The families of both of his parents have farmed in Henry County for at least five generations. Berry attended secondary school at Millersburg Military Institute, then earned a B.A. and M.A. in English at the University of Kentucky. In 1957, he completed his M.A. and married Tanya Amyx.