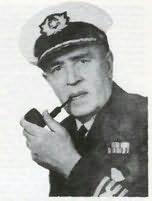 aka S H M, George Whitley
Arthur Bertram Chandler was an Australian science fiction author. He also wrote under the pseudonyms George Whitley, George Whitely, Andrew Dunstan, and S.H.M. He was born in Aldershot, England. He was a merchant marine officer, sailing the world in everything from tramp steamers to troopships. He immigrated to Australia in 1956, becoming an Australian citizen.

He wrote over 40 novels and 200 works of short fiction. He was most well-known for his John Grimes novels and for the Rim World series, which have a distinctly naval flavour.

Novellas
Raiders of the Solar Frontier (2011)