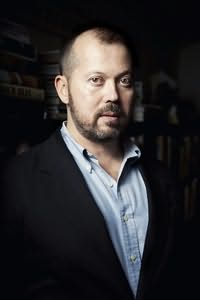 Alexander Chee was born in Rhode Island, and raised in South Korea, Guam and Maine. He is a recipient of the 2003 Whiting Writers Award, a 2004 NEA Fellowship in Fiction and residency fellowships from the MacDowell Colony , the VCCA, Ledig House, the Hermitage and Civitella Ranieri . His first novel, Edinburgh (Picador, 2002), is a winner of the Michener Copernicus Prize, the AAWW Lit Award and the Lambda Editors Choice Prize, and was a Publishers Weekly Best Book of the Year and a Booksense 76 selection. In 2003, Out Magazine honored him as one of their 100 Most Influential People of the Year. His essays and stories have appeared in Granta.com, Out,The Man I Might Become, Loss Within Loss, Men On Men 2000, His 3 and Boys Like Us. He has taught fiction and nonfiction writing at the New School University, Wesleyan, Amherst College, and in spring 2011 will teach in the Fiction program at the Iowa Writers' Workshop. He lives in New York City and blogs at Koreanish.
Novels
Edinburgh (2001)
The Queen of the Night (2016)

Non fiction
How to Write an Autobiographical Novel (2018)

All Grown Up (2017)
Jami Attenberg
"Jami Attenberg's All Grown Up is one part Denis Johnson, one part Grace Paley, but all her. Every sentence pulls taut and glows--electric, gossipy, searing fun that is also a map to how to be more human."

Lost in Arcadia (2017)
Sean Gandert
"This novel is like if Sword Art Online and Stranger Things had a child, just so it could tell you a story about the future. This brilliant novel is about how what we love about games can become what we fear about the world, without our noticing, until it is done. Prescient, funny, smart, a story to disappear into and come out the other side."

The Merry Spinster (2018)
Mallory Ortberg
"The secret to THE MERRY SPINSTER, I think, is that she never wanted to be your wicked stepmother--she was too busy. There are uncanny slivers of delight and recognition mixed here with the wit we all love Ortberg for, but here that wit is wielded with new force. If fairy tales are ways to describe the rules we don't dare put down on paper, in her hands they become ways to challenge those, or even to write new rules. I don't know if these stories are for bedtimes, but they are for us."

The Ensemble (2018)
Aja Gabel
"Sweeping, romantic, elegiac, The Ensemble gives you the feeling of being inside the music of a quartet, a look into the relationships under the music, the love and heartbreak, set against their ruthless commitment to both their art, and to each other. Aja Gabel is a phenomenon."

Confessions of the Fox (2018)
Jordy Rosenberg
"A triumphant debut . . . Adventure and erudition meet with a loose-limbed poetry in every sentence, and the result is a magician's trick of a novel but on a grand scale."

The Air You Breathe (2018)
Frances de Pontes Peebles
"The Air You Breathe is that kind of fairy tale where the curse is that your dreams come true, and keep coming true, and you have to survive it for the rest of your life. Two girls run after their dreams of samba, stardom, friendship, and art, and the result is this glittering, mesmerizing triumph of a novel."

Those Who Knew (2018)
Idra Novey
"Those Who Knew is a beautiful novel about that which we cannot deny, in ourselves or others, and the price we are too often willing to pay for what we think is like freedom."

Bangkok Wakes to Rain (2019)
Pitchaya Sudbanthad
"A bold and tender novel about the unforgivable and the unforgiven, and how to live past what you thought you could not survive. Sudbanthad arrives to us already a masterful innovator of the form."

Leading Men (2019)
Christopher Castellani
"Leading Men is a daredevil of a novel, like the prettiest boy in the gay bar doing a backflip off a stool and not spilling his drink. Castellani has set his eye on that ineffable profane that is the other face of the divine, in a novel that unites my obsessions with Tennessee Williams, Luchino Visconti, Truman Capote, film, cruising, and Italy, and wraps it up in a love story, but a story of old love--love of a kind we almost never see written."

Miracle Creek (2019)
Angie Kim
"I know this story but have never seen it in a novel?the struggles of the Korean immigrant entrepreneur in America, with a technology that seems like magic, who can go from hero to villain in an instant, now at the center of what is possibly a murder?a bright seam of crisis, mystery, and love emerges in these pages. Kim has written a bold debut novel about science and immigration and the hopes and fears each engenders?unforgettable and true."