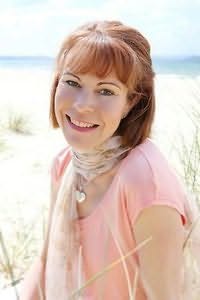 Ella Carey is a writer and a Francophile who can almost claim Paris as her second home. She has learned French since she was five and has degrees in music, majoring in classical piano, and in arts, majoring in modern European history and nineteenth-century literature.
Writing has always been Ella's real passion, but she has worked in various other guises. As an emerging author, Ella has had her work published in The Review of Australian Fiction.
She has traveled to France more than a dozen times and drew on her many experiences there when writing Paris Time Capsule. Ella knew straight away that the fascinating true story of the abandoned apartment was a perfect fit for her, with its blend of history; impossible, decaying romance; and mystery--not to mention Paris.
Ella released Paris Time Capsule as an indie book in 2014, and it rose to number 10 on Amazon in the US. This revised and extended edition is now released with Lake Union Publishing. A feature film screenplay version of the book is in development.
In her spare time, Ella walks her dogs along the beach, speaks her particular sort of Franglais whenever she can, reads, loves to visit art museums and collects every beautiful book on Paris that she can possibly find.
She is hard at work on her second novel, which is also set in Paris. Ella lives with her two children and two noble Italian greyhounds, which are constantly mistaken for whippets.