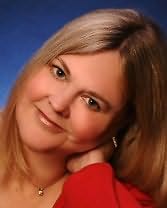 Dee Davis has a BA in Political Science and History, and a Masters Degree in Public Administration. During a ten-year career in public relations, she spent three years on the public speaking circuit, edited two newsletters, wrote three award winning public service announcements, did television and radio commercials, starred in the Seven Year Itch, taught college classes, lobbied both the Texas State Legislature and the US Congress, and served as the director of two associations.

She's lived in Austria and traveled in Europe extensively. And although she now lives in Manhattan she still calls Texas home.