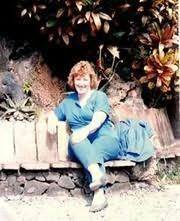 (1937 - 2001)
Doreen Hornsblow under the pseudonym of Sally Wentworth was a popular writer of 70 romance novels in Mills & Boon's from 1977 to 1999. Her novels were principally set in Great Britain or in exotic places like Canary Islands or Greece. Her first works are stand-alone novels, but in 1990s, she decided created her first series. In 1991, she wrote a book in two parts about the Barclay twins and their same great love, and in 1995, she wrote the Ties of Passion trilogy about the Brodey family., that have money, looks, style, everything... except love. Doreen Hornsblow passed away in 2001 from cancer.